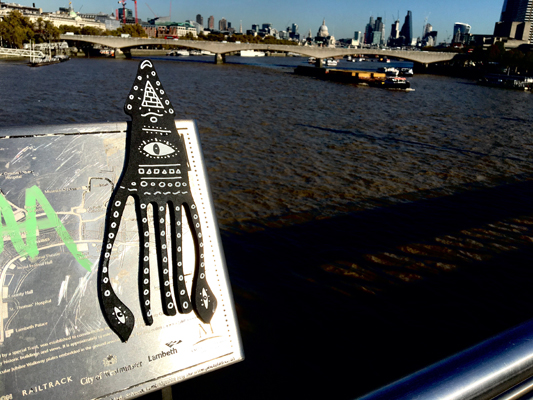 I first came across the concept of “Free Art” in 2011 when my friend Gary Hirsch started giving away Bots – small, unique robots that he lovingly hand-painted onto dominos. I’d long been a fan of Gary’s work and couldn’t believe he was giving away these beautiful things, releasing them into the wild with no idea where they would end up. Sometimes he’d get an e-mail or a picture from somebody who had given them a loving home, sometimes he would hear nothing and the fate of the bot would remain unknown for ever more. Since then I have met other inspiring artists doing similar things.  Doug Shaw hides his paintings in public places for strangers to find.  Liz Atkin draws charcoal portraits on the London Underground and gives them to commuters as part of a free art project that also promotes conversations about mental wellbeing.*

I’ve always wanted to do graffiti as part of my art but have always talked myself out of it for a variety of reasons – the  illegal nature of it, the cost and difficulty of removing it, my utter incompetence with a spray can. However, in early 2017 my long-held desire to do a form of impermanent graffiti led to the idea of making small, removable pieces of art that could be stuck to a wall but also easily removed should somebody want to dispose of them.  It then struck me that people might even want to keep them and take them home!   Out of nowhere, my own free art project was born.  I purchased a rickety old scroll saw, some sheets of MDF, some spray paints and set about excitedly making a number of colourful trinkets that I would leave around London for people to find.  However, it was only when I finished making the first batch of pieces and instantly fell in love with them that I realised this was also going to be an experiment in passionate non-attachment.

Passionate non-attachment is a principle that lies at the heart of a number of spiritual practices and encourages one to hold a deep passion for something of importance and remain non-attached to it at the same time.  It is a principle I try to practice in all areas of my life, striving to maintain a passion and energy for my work and, at the same time, remaining non-attached as to how it might unfold moment by moment.  Essentially, I think of it is a 2,500+ year old improvisation mantra!  It is a practice I have found particularly helpful when working with groups in those moments when I have to let go of my original plans/intentions  and respond live and in-the-moment to something I hadn’t anticipated.  However, as I sat at my scroll saw, delicately carving my next piece of free art whilst trying not to chop  the tips of my fingers off,  it struck me that letting go of a physical thing that I had lovingly created was going to be an altogether different matter.

Since I began my Free Art experiment in May 2017 I have made 50+ pieces of various shapes and sizes, all of which have been left in places as diverse as Buckingham Palace in London, the Brooklyn Bridge in New York and in various caves on the Isle of Wight. Occasionally I will get a message from somebody who has found a piece but 90% of the time their fate is unknown.   Each time I leave one behind I find myself experiencing a weird mix of excitement and loss.  And the more pieces I make, the more my ability to make them increases, the more I fall in love with them, the more difficult they are to let go of.  This creates a number of tensions that I have found to be rich in personal learning.  As I sit in the studio crafting each piece there is a tension between taking my time making something that I love and knowing that I will not possess it for much longer, nor know its ultimate fate.  It would be so much easier to make something quick and half-arsed because it might end up in a bin somewhere! There is a tension that arises as friends and family (especially my wife and daughter) ask if they can have a particular piece and I gently tell them “No, these are for finding” whilst secretly wanting to give them all the best pieces so I can stay close to them.  And, as I wander around various cities, there is a tension between simply leaving a piece anywhere in order to get rid of it quickly, versus taking my time to find the place that they were always meant to be left.

There is no conclusion to this ongoing experiment.  What started out as a method of creating impermanent graffiti has ended up becoming an ongoing project that stretches my ability to practice passionate non-attachment.  As the pieces I make get bigger and bolder I find myself getting more and more attached to them and, at the same time, find myself getting rather addicted to the tensions this creates in me.

Gary recently told me that the most impactful letting-go moment of his Botjoy project was 4 years ago when he invited the world to “steal” the idea of the bots and start making their own. “Since then there have been thousands of bots made by people that I have never met – Texas art teachers seems to be big maker these days! I have no idea who these people are and I love it!”

Inspired by Gary I would like to end by asking what you might “steal” from this blog? What might your own experiment in passionate non-attachment be?  And whilst I’d love to hear about what you do as a result of reading this piece, it’s somehow much more enjoyable  to never know!

You can view a collection of my Free Art pieces in the locations I left them here.

Below is a 1 minute time-lapse of the making process of my Free Art pieces. 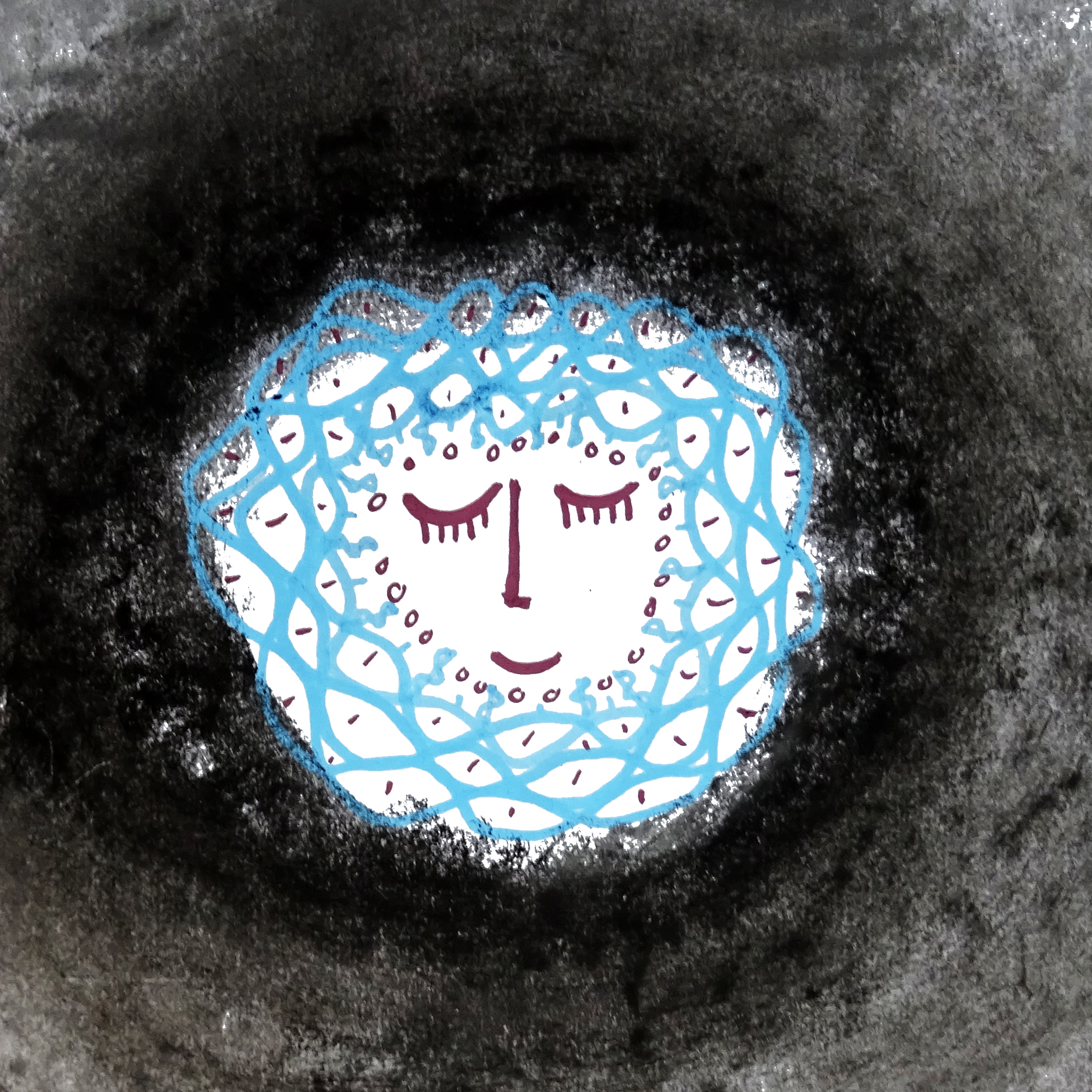 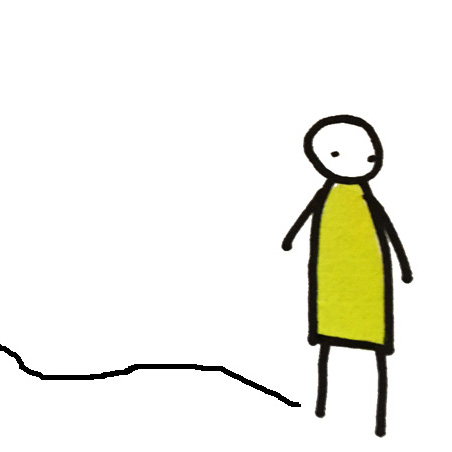