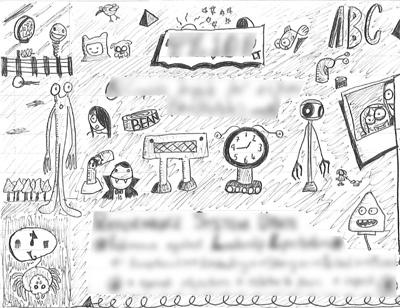 Over the last 12 months I’ve been working with a number of corporate graduate groups – bright young things, early to mid 20s with boundless energy and a curiosity that I find helps them engage in play and creativity with far less fear of being perceived as mad, bad or wrong than those with a greater experience of the business world.  Whilst I find the descriptions of typical Gen Y/Gen X/Baby Boomer traits interesting they are, at the end of the day, a macro trend or a convenient stereotype and not everybody embodies all of the traits all of the time.  However, the one thing I did notice about all of the groups that I worked with was their use of technology in meetings and workshops.  To be more precise, their use of phones or tablets to take notes.  Even though I consider myself a pretty tech-savvy Gen X-er I still favour a pen and paper to make notes.  Most groups I work with do the same so it was initially very disconcerting to look out and notice people typing away.  “Are they bored?”  “Who are they texting?”  “Are the surfing the net?” “Are they writing e-mails?”  I later discovered that none of my worries were real and they were simply making notes (one had tweeted something nice about the session too!).  I  realised that the association I was making that technology use equals disengagement was untrue and from somebody brought up in a different era.  However, not only did I have a realisation about technology I also realised that just because somebody is using a pen and paper doesn’t mean they are paying attention and making relevant notes!  I have to confess that I am guilty of this.

I am a compulsive doodler.  I initially started doodling at school because I was bored and wanted to make my work look more interesting (I remember being reprimanded for drawing some little men moving numbers about in wheelbarrows in my maths book – “this book is for maths – not art!”)  My doodling then moved on into my early experiences of the corporate world where found that I could escape the dullness of endless meetings by letting my imagination run wild on paper.  Nobody knew I was doing it – they assumed I was making studious notes.  Over time I gradually stopped as I taught myself this wasn’t the behaviour of somebody who wanted to ‘get on’ in business.  However, over the last 5 years I’ve began to doodle again but for a different reason –  to keep my mind engaged, creative and responsive.  Instead of tuning out of what is going on around me I strive to remain acutely tuned in and doodle at the same time as a way of keeping my creative spirit active whilst allowing my logical, business self to do its work.  This ends up in less structured doodles and more abstract scribbles.  People often make the assumption that because my page looks like a mess of images and words that I haven’t been paying attention, however I’ve found the opposite.  My attention seems to be enhanced by the spontaneous reflective doodling I do, I can recall key points and facts from the meeting easier as they are associated with and embedded in my drawings.  I also find that when I look back at my notes that include doodles I am able to connect better with the colour and detail of the occasion when they were taken as opposed to simply what the words say.  (e.g. the room I was in, the mood I was in, the feel of the meeting, how people were interacting)  There have been a number of studies conducted over recent years that claim doodling enhances attention span in meetings (Jackie Andrade, Portsmouth University 2009 is one I came across recently) and other studies suggest that doodling helps children that have been labelled as ADHD (Attention-deficit-hyperactivity-disorder) so it seems others may share my positive experience of scribbling in the margins and gaps between words.

The reason I haven’t taken to using my iPad or iPhone to take notes is that I feel I am denied the ability to both write and doodle at the same time.  I can’t inject the life I enjoy putting into my scribbles.  I’ve tried digital methods before but feel that my notes end up looking like a series of sterilised words with the meaning and liveliness I was trying to capture stripped out.  I’ve tried a few apps but not yet found one that gives the same experience of being able to spontaneously turn a word into a picture or write in a different style or shade, colour or spacing.  I tried using a ‘Livescribe’ pen for a while – a special pen and paper that instantly saves your scribbles into a PDF format that you can share via social media and cloud technology – but this lacked the freedom I needed to give that extra dimension to my notes.  When I look at my 6 year old daughter’s school work it is beautiful because it is imperfect – the letters are different sizes, it is often illustrated, the spacing is sporadic and random – all of which conveys extra meaning about the person and the context of the moment in which the notes were conceived.  Whilst I appreciate that her writing style will become more uniform and digital over time as she progresses through school I do wonder of the benefits of keeping this imperfect creative spirit alive in parallel throughout education and into our working lives.

My thoughts turn back to the graduates.  I wonder if the emergence of the digital note-taker is spelling the end of the doodler and what the impact of this might be of this next generation of corporate employees who only ever work with digitally sanitised notes that appear ordered, controlled and certain when compared with the wild scribbles, illegible hand-writing and curious page layouts of the pen and paper generation.  Is this another challenge that is emerging that will unintentionally dampen down creativity in the workplace and our ability and willingness to express ourselves in a unique way?  What will a meeting in the future look like when everyone has a tablet in front of them that they are frantically typing away on?   Does this really matter?  Do the upsides of the connectivity and ability to instantly share outweigh the possible creative downsides?  Have I become a technical dinosaur and am now fulfilling the very Gen X stereotype I aspire to distance myself from?

And as I finish writing this piece I suddenly realise that by typing up my thoughts on a blog and hitting ‘publish’ instead of writing you all a hand written and illustrated letter may too have contributed to the demise of the doodle! 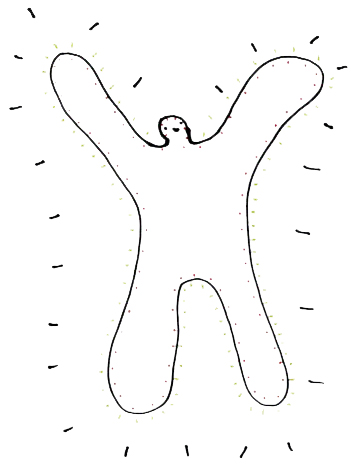